Want to live in Solihull? Here are 16 reasons why you should

Want to live in Solihull? Here are 16 reasons why you should

Town was named second best place in the UK, so here are our top reasons why

Solihull may have been knocked off the top spot of the best places to live in the UK according to The uSwitch.com study which ranked Edinburgh in first place, but the leafy borough still has plenty to shout about.

But here’s our top 16 reasons to live in the town:

1. Solihull really is a town in the country

Still quaint, the town is dotted with historic architecture including timber-framed Tudor houses and shops and nearly three-quarters of the borough is defined as Green Belt. Add to that Solihull is surrounded by picturesque countryside.

2. Excellent primary and secondary schools are a huge draw for families

If bagging a bargain or a designer treat is your thing then Solihull is the place to go.

With John Lewis, House of Fraser, Mell Square and Touchwood all in the town centre, there’s no excuse to not find what you are looking for.

The town’s high streets such as Shirley and Knowle also have a lot to offer.

Solihull is home to The National Motorcycle Museum which houses the largest collection of British motorcycles in the world with over 1,000 machines from 171 different manufacturers.

The collection is spread across five huge display halls.

In Solihull, 11 properties commanded a price of a million or more in 2014.

40 Alderbrook Road was ranked seventh in a top ten most expensive sales in the West Midlands of 2014 with a price tag of £1.45m.

In 2013 the town was named the West Midlands’ most affluent area, boasting two of the most exclusive streets.

And it’s in Solihull.

The firm’s new Jaguar sports car is being built at the Lode Lane site ready for launch in 2016.

Solihull has over 1,500 acres of parks – 10 of which are Green Flag Award parks -and open spaces.

Take a trip to Brueton Park, on the edge of the town centre and visit the Parkridge Centre with its 5.5 acre nature area or why not stroll through Olton Jubilee Park with its basketball area, BMX Track and playground.

The borough can claim a notable history. Its name is commonly thought to have derived from the position of the parish church, St Alphege, on a ‘soily’ hill.

St Alphege itself dates from around 1560 as does the independent Solihull School.

Hobs Moat is an ancient, moated site and a scheduled Ancient Monument which was the subject of a great deal of excavation in the 1980s.

Known to most of us as the National Exhibition Centre, the Genting Arena has hosted performances by singers, dancers and comedians from around the world.

Undergoing a fresh new look, the Genting Arena is getting better and better at hosting some of the best entertainment the local area and beyond has to offer. And Solihull has always been proud to house such an outstanding entertainment venue.

This is one of the most exciting projects to come to the area and again, it’s right on Solihull’s door step.

This new complex, near to the Genting Arena, boasts a selection of some of the finest bars, restaurants and retail outlets.

This was a much-needed face-lift for the surroundings of the NEC and one which has always had the support of local politicians, councillors, businesses and residents.

Solihull has always been great for eating and drinking out – but it’s getting so much better.

There is a huge selection of bars and restaurants, in the town centre, including the Slug and Lettuce, Coast to Coast, the Coach House, Luna bar and the new Walkabout.

Whether you fancy Indian, Thai, Chinese, traditional British cooking or something a little different – there is something for everyone.

And watch this space, with the Touchwood expansion, there is so much more to come.

With Solihull’s ideal motorway links and professional business links, the borough has always been the ideal location to set up a hotel.

But they don’t do things by halves in Solihull, with the area boasting some of the finest award-winning hotels in the country.

The luxurious Hogarths Hotel, based in Dorridge, offers fine dining and is also a popular wedding venue. This hotel has just collected its sixth award in three months.

This is a jewel in the crown for Solihull. It might be called Birmingham Airport but Solihull has always been proud to have this facility in the heart of the local area.

Thousands upon thousands of people pass through the doors of Birmingham Airport each year, whether it be for business purposes or people taking a holiday.

The airport is also constantly expanding its choice of destinations, like flights to New York and Dubai.

Solihull is not short of its famous faces.

Successful business entrepreneur and Apprentice star Karren Brady lives in Solihull. Her children attend school here and she can often be seen enjoying the delights of Touchwood.

Former Top Gear presenter Richard Hammond is another familiar face. He was also from the borough and often makes references to his heritage.

This is another popular venue which is also being improved and expanded.

Showcasing all of the local talent – alongside some national talent – the arts complex is always a favourite choice with locals and visitors.

The arts complex would never be the same without the unquestionable talents of Malcolm Stent. Each year he brings the popular Christmas pantomime to the venue, which has always proved a showstopper for audiences, year after year.

The market is fairly new but is already attracting a lot of interest.

Last year’s event was a huge success with amazing feedback from local businesses, residents and visitors.

And this year is the first time we will see the ice rink which is already attracting interest.

We think Solihull can give Birmingham German Market a run for its money this year. 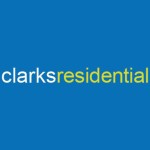